The methodology to force a population to accept a health pass is done with a blackmail that does not speak its name: blackmail to freedom since its use conditions access to certain events.

The forced march towards the health pass continues, like the TousAntiCovid application. The methodology to force a bloodless population to be vaccinated and to accept a health pass is based on a communication campaign with the support of a blackmail that does not speak its name: a blackmail to freedom and an obstacle to public freedoms since its use conditions access to certain events.

The constraints imposed by hard copy certificates are not unrelated to the quantitative success of theapplication TousAntiCovid that the executive bragged about. Forgotten the flaws, the sensitive data collected at will, when in fact, two questions relating to this miracle application remained and still remain unanswered:

Health pass: you are free to choose not to live normally

The health pass that is being implemented by integrating new features will continue to promote the downloading of TousAntiCovid and the digitization of our lives forced march.

Despite its advanced non-compulsory nature, it cannot obscure the constraints to which those who oppose it will be subject; and for vaccination a precedent is in the process of being created: you are free not to be able to live in normality …

L’social acceptance From this health pass, the recurrent presentation of vaccination as a way out were developed over a long period. The breathless French population seems to have gone from resilience to resignation, from renunciation to renunciation of fundamental freedoms, imposed by elected officials under the guise of a health crisis.

If the defenders of this project evoke temporary regressions, these declarations engage only those who declaim them. In fact, urgency obscures debate, fear and exhaustion aim to destroy critical thinking.

As for exercising the latter, you are free, but it is clear that it becomes extremely difficult: do not adhere to a plethora of laws passed in a hurry – whether they are safety or health – and you are placed in the infrequent camp. the factious, the inconsistent, the irresponsible.

However, is it not useful to recall surprising decisions, not to say surrealist, such as the appointment of a group of 35 French citizens supposed to advise the authorities on vaccination… and its disappearance. A collective lost and profit as the social acceptance of vaccination increases.

The fact is that French citizens are once again faced with a fait accompli. The next update of the TousAntiCovid application will bring a new functionality: the integration of PCR and antigen test results as well as the certification of vaccination against Covid-19.

The stated objective is to facilitate travel from the metropolis to Corsica and Overseas and then to abroad. If the CNIL continues to reaffirm that the use of the application could only be based on voluntary service, particularly with regard to its “test book” functionality, these are just words.

Moreover, the acceptance, even at least, of discriminatory treatment of the population, is already an acceptance too many, which is reminiscent of Milgram’s experiments.

If the executive promises guarantees, if the Secretary of State for Digital Transition and Electronic Communications presents the health pass as a sesame to freedom, claiming to have discarded the daily “Because it corresponds neither to French culture nor to the temporality of the epidemic”, these are just words. Freedom is chipped, unless you admit that going to a concert is not part of everyday life – if only that of youth – a youth who will have been during this period to say the least abused.

What credence should be given to these assertions, as the constraints that will apply to those recalcitrant to this submission to authority will be numerous, as the executive has accustomed citizens to recurring changes in its speeches?

As proof of this, the reopening of the restaurant terraces for which were suddenly invented … gauges on the terrace…

I want it for proof the Global Security Law which has been accepted in its entirety against a background of violence revolving in a loop on our television screens, by integrating the sustainability of tools such as black boxes which seriously alter our fundamental freedoms and are binding on everyone without ever having proven their effectiveness as the executive had yet committed.

On Tuesday, May 11, the deputies voted against the key article of the bill for the gradual exit from thestate of health emergency which includes the controversial health pass and this thanks to the Non of the Modem.

A rejection that will have been of short time, because from May 12 the health pass that will accompany the reopening of activities within the framework of deconfinement in France was adopted and it will come into effect on June 9.

This document may be available in paper or digital form, but also via the TousAntiCovid application. It will take the form of a datamatrix (a form of QR code) which will be provided by Health Insurance. For the tests, the person screened … it will have been necessary for the Assembly to do it twice to cross the red line, that which acts a discriminatory treatment of the French population.

It will not be required in places of work, education, public services, museums, libraries, department stores, markets, vacation spots or places of worship.

Besides the On which resonates strangely, in terms of the promised temporality, it should be noted that the possibility of resorting to the state of health emergency regime has been extended until December 31, 2021.

This allows the executive to go back on its word at any time for health reasons and to go even further in this blackmail to freedom and in the discriminatory treatment of citizens that has been committed! Will this promised temporality follow the same path of temporality promised for the black boxes?

In view of the unfortunate precedent that I am evoking, the temporality of its field of action henceforth only engages those who promise it and those who believe it.

For all practical purposes, I would remind you that the idea of a QR code to be scanned in TousAntiCovid at the entrance to restaurants and theaters had been mentioned. In mid-January 2021, the cabinet of Cédric O, secretary of state for digital, revealed that the government had imagined this feature “To support the reopening of certain places where the risk of SARS-CoV-2 transmission is high, in particular bars, restaurants and sports halls”.

Saving from death by killing life: the emergence of a hygieno-transhumanist society

Yet, step by step, we are witnessing the emergence of a hygienic society mixed with transhumanism, a society of control over our lives and our bodies increasingly oppressive with the paradoxical contempt for life.

History will sort the wheat from the chaff, identify the conflicts of interest that will have conditioned certain incomprehensible decisions, analyze the intentions that have motivated each decline in fundamental freedoms that the period has known, take stock of the freedoms lost and possibly recovered.

History will tell if by writing this text the day after crossing what I consider a red line, my fears were founded as to the reliability of the word given …

In addition to the opening of Pandora’s box that I am evoking and the excesses to which it now collectively exposes us, you don’t have to be a great scholar to predict that the explosion in the number of QR codes – containing extremely sensitive data – will s ‘accompany many hacks. Bar codes and QR codes can be cloned and hacked. Theattaging has a bright future ahead of him.

By sending an SMS to download TousAntiCovid the executive had already opened the door to crooks. For QR codes, with the same causes, the same effects are to be expected.

We admit that the governments of nations have the right to decide on a policy and, even when this policy, by its harmfulness, leads to the absurd destruction of thousands of human beings, we do not take the executors of the orders of such a diet for pathological cases, but simply for people who are doing their duty. What differentiates our reactions is less the nature of the acts committed than the recognized legitimacy of those who order them. “
Stanley Milgram

Original article published on May 16, available on Counterpoints 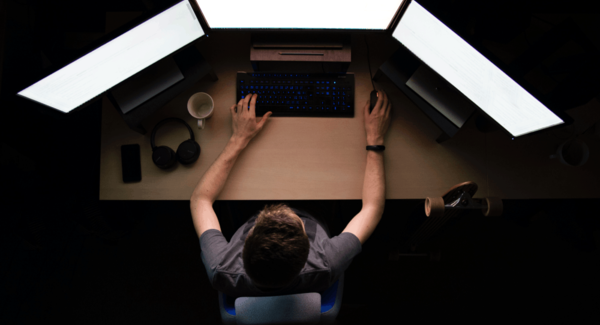 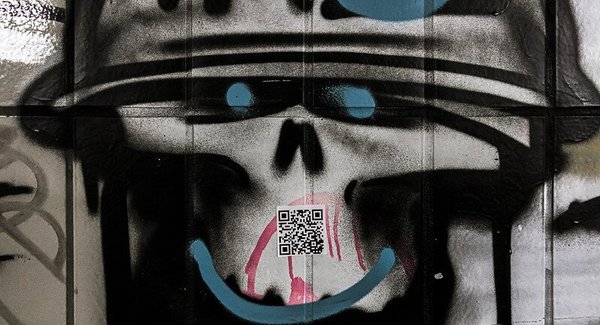 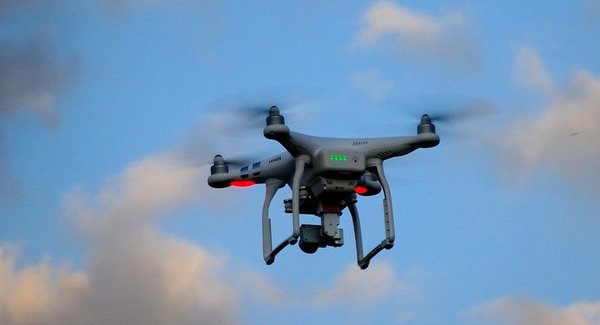 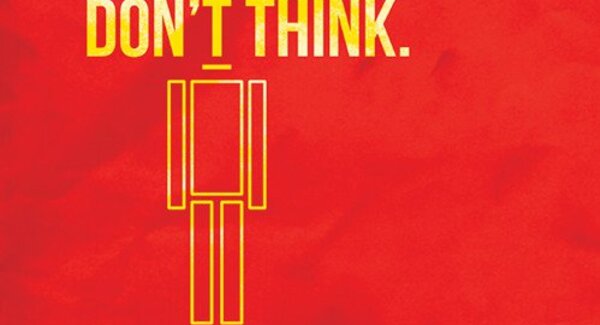 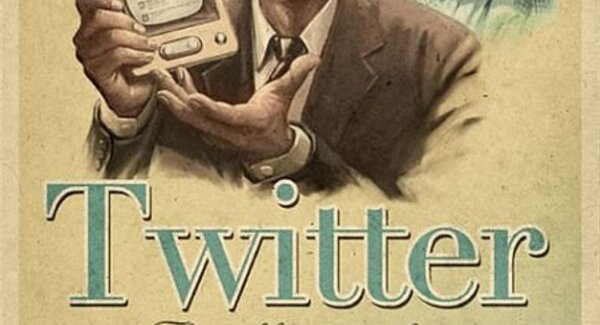 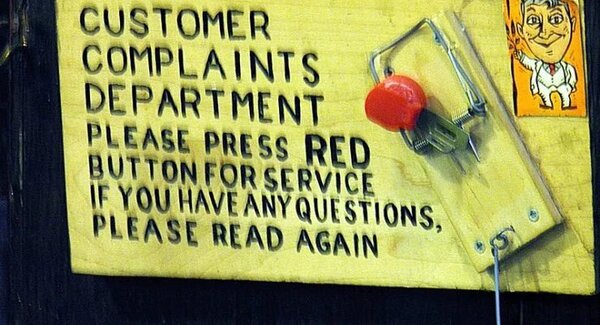